If it’s been a while since you bought a new car, the breadth of features available today may surprise you.

For example, every new car sold in Canada now comes with a back-up camera. This feature makes such a massive difference in safety, particularly for small children, that it’s become a legal requirement.

Canadians also don’t need to look very hard to find the winter weather features they covet such as heated seats and outboard mirrors, which these days are often standard on very affordable vehicles.

Still, there are plenty of features out there that make cars much safer or easier to live with, and some of them aren’t nearly as well-advertised as they should be. On the other hand, there are features that salespeople will be more than happy to charge you extra for that you can almost certainly live without.

Here’s a closer look at five features worth seeking and five that you can consider letting go.

Lots of infotainment bells and whistles can be ignored, but it’s hard to imagine living with a modern car that doesn’t have Bluetooth connectivity.

If you’re the sort of person who fiddles with your phone while driving, then help yourself quit this terrible habit and look for a system that at minimum allows you to use voice commands to make phone calls and answer texts with basic auto-responses.

It’s hard to find a car without this feature nowadays, but if you’re in the market for a base model of something relatively affordable, double-check the spec sheet to make sure this is included. If not, it’s a worthwhile upgrade. 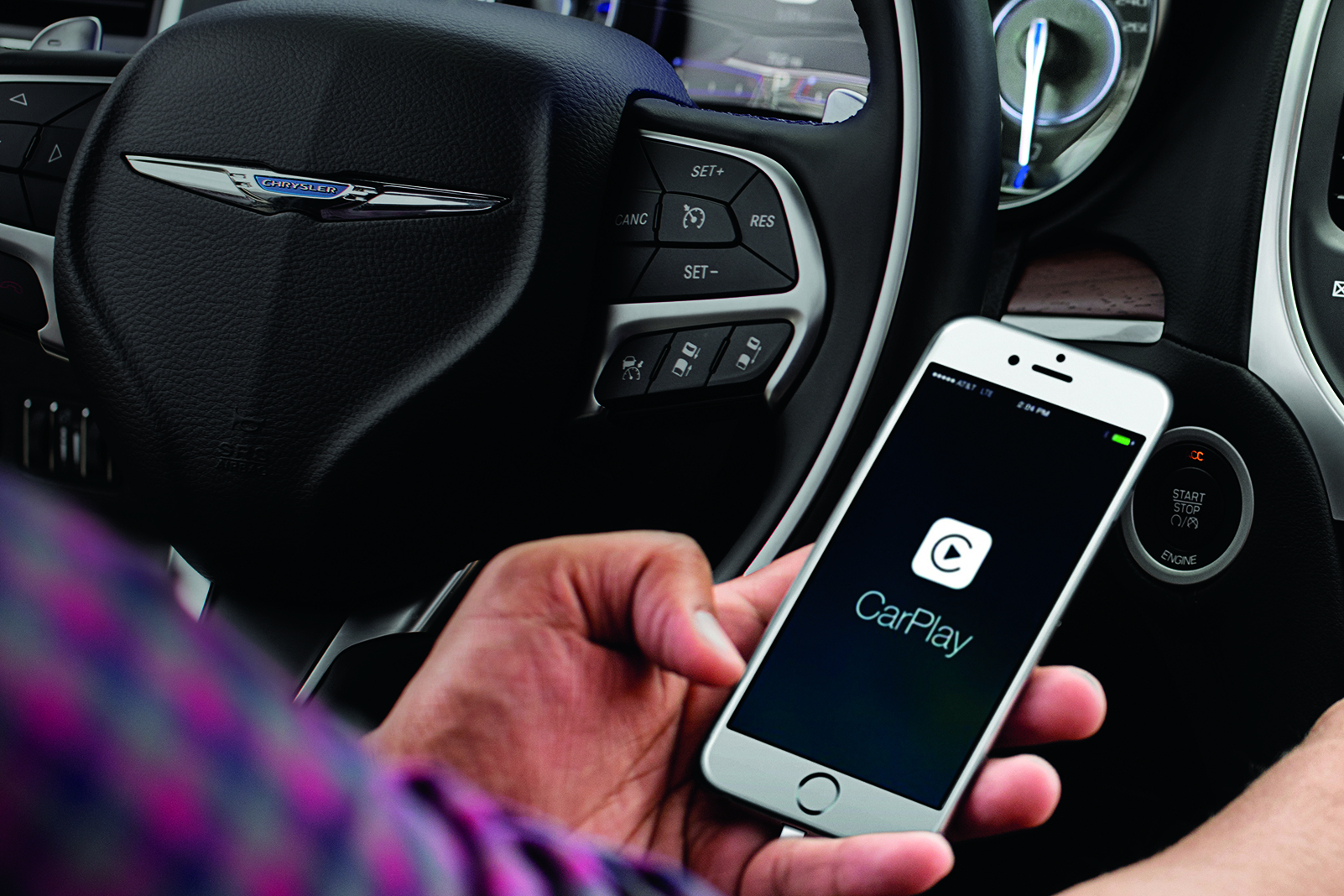 This has to be one of the most underrated safety features on the market. When a smartphone is connected to an infotainment system with 911 calling equipped, the car will automatically contact emergency services when it detects an accident – in other words, it calls for help when you might not be able to yourself.

This is now a standard feature in Europe, but it’s not as easy to find here in North America. General Motors offers it through OnStar, and Honda and Ford have it integrated into their infotainment systems, among others. 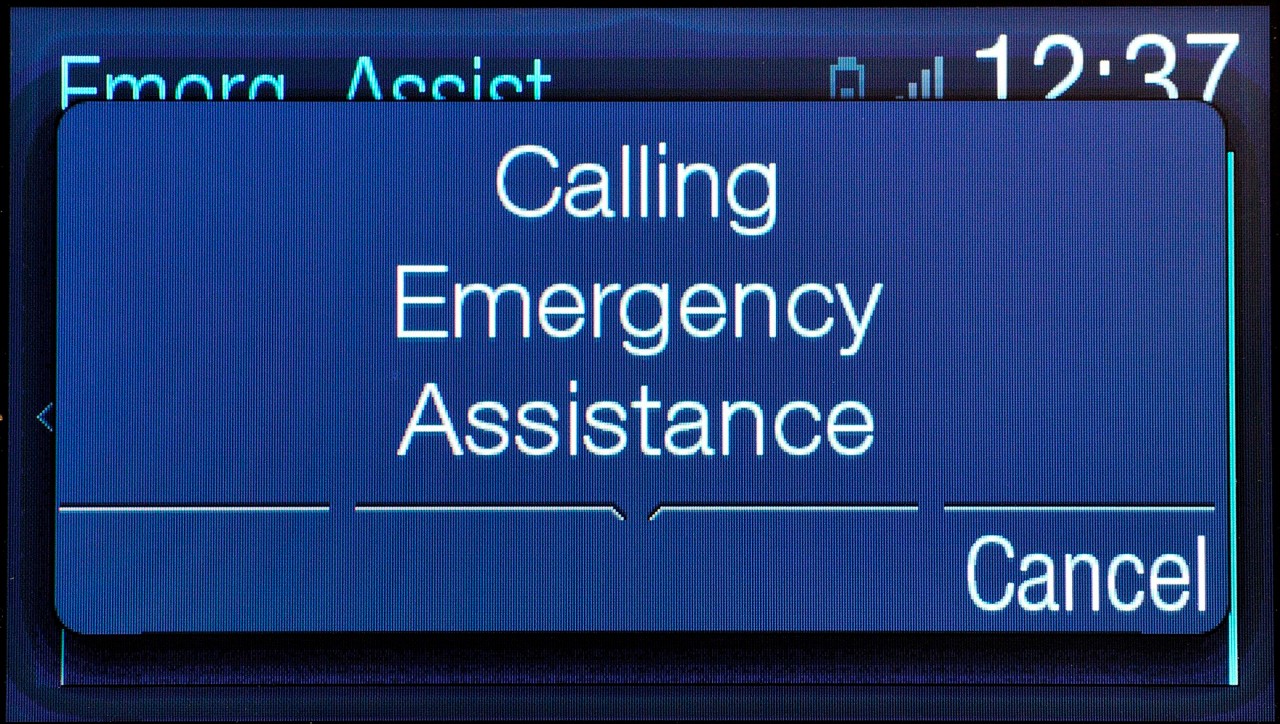 This is an improvement on the now-standard back-up camera that gives the driver a full 360-degree view of the car’s surroundings.

It doesn’t improve the safety aspect so much as it helps keep track of the corners of the car in tight confines, making tasks like parallel parking on city streets far easier. The larger the vehicle, the more useful this feature becomes. 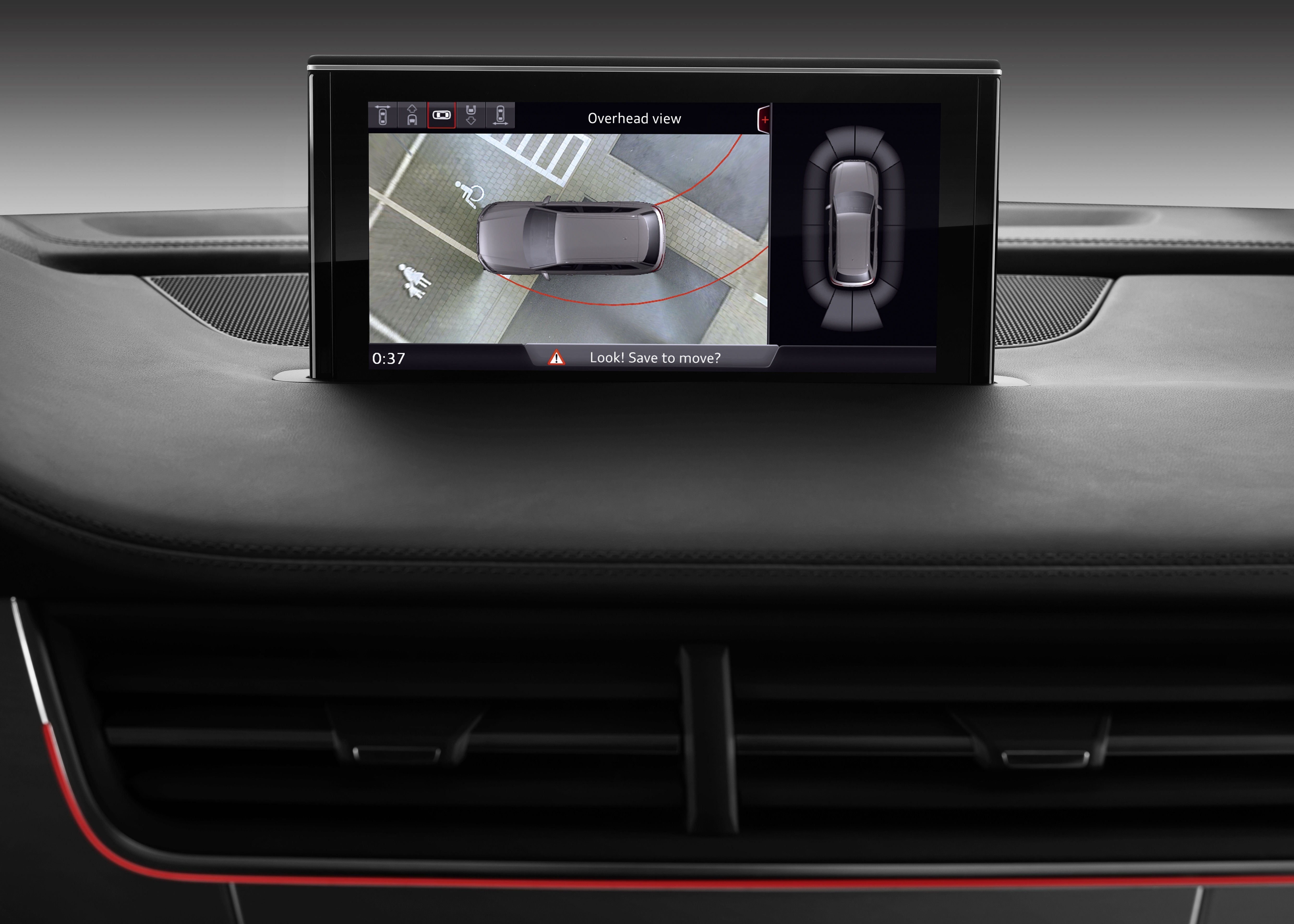 A Good Set of Winter Tires.

It’s amazing how many Canadians will spend a pile of money on an all-wheel-drive system but won’t shell out for a set of winter tires.

All-wheel-drive is definitely useful for getting a car moving in bad weather, but only quality winter rubber can make a difference in stopping distance, which in nasty conditions is unquestionably the more pressing concern.

Winter tires also improve traction not only on snow or ice but also on dry pavement whenever the ambient temperature is below 7 degrees Celsius. No matter where you live in Canada, you shouldn’t compromise on this point. 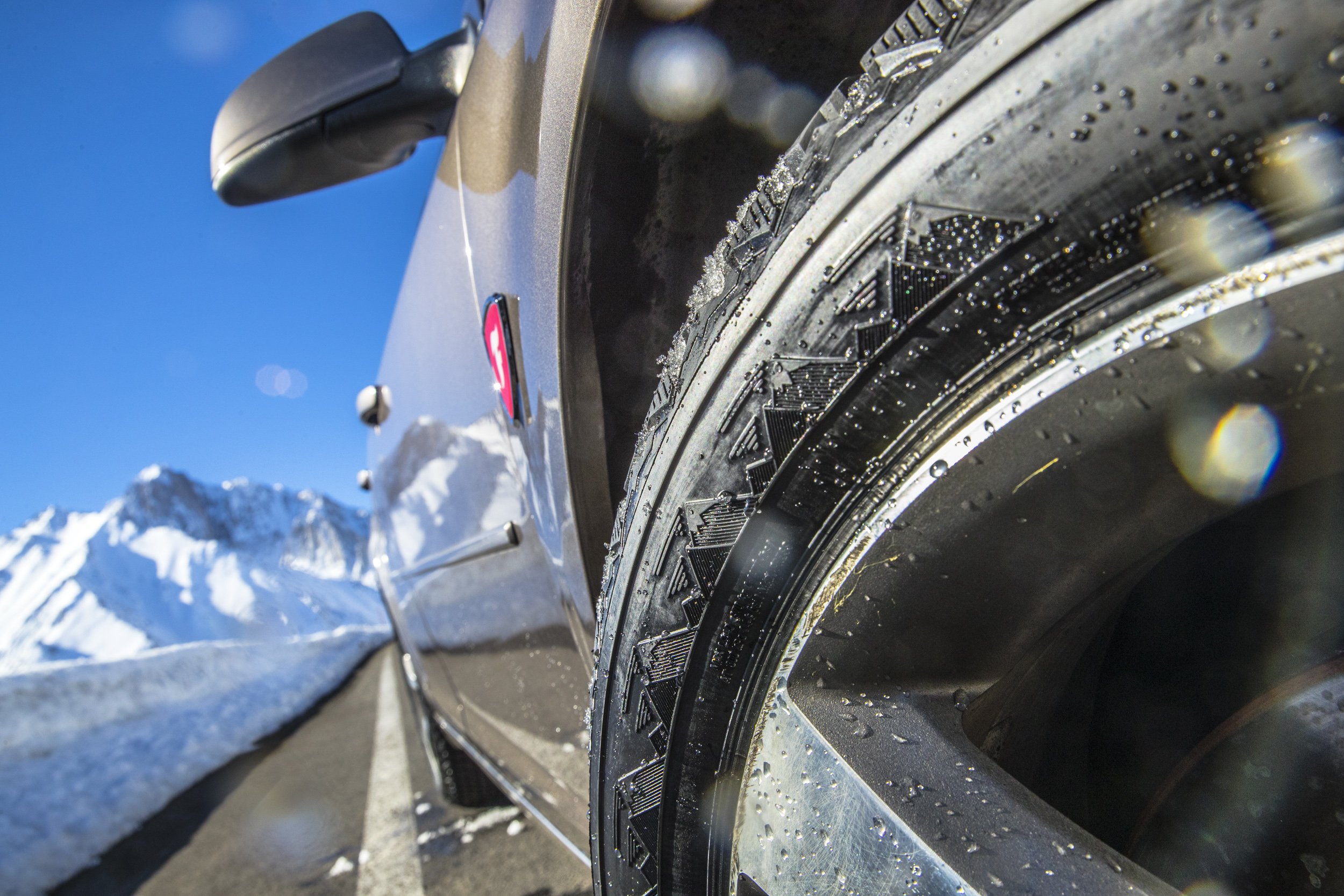 This is purely a convenience feature, but once you’ve had it, it becomes impossible to live without.

It’s surprising how much easier life can be when you can walk right up to your car, open the door, and start it without having to rummage around for the key – and that key is less likely to be lost or left behind on the kitchen counter if it was never taken out of your coat pocket or purse to begin with. 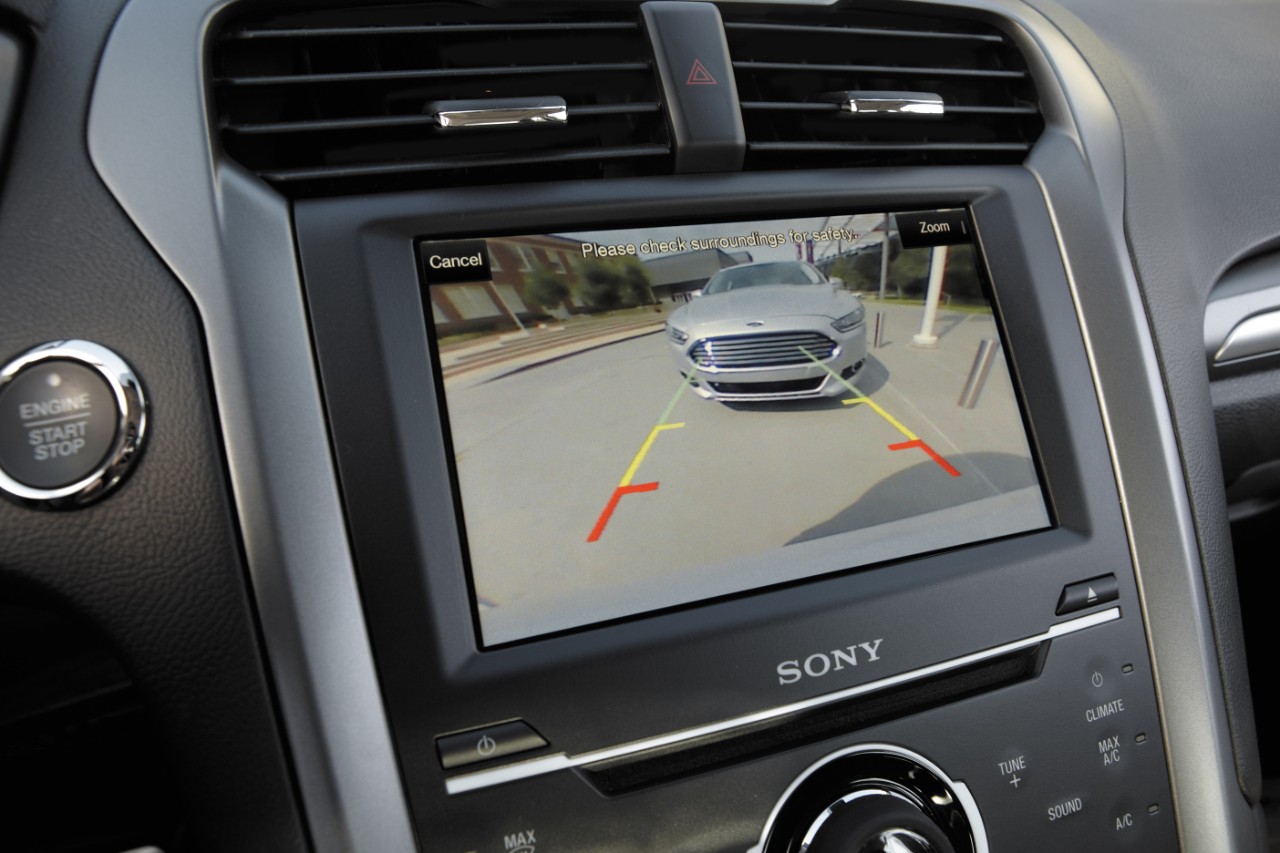 To be fair, this one’s more of a maybe. It’s not fair to say that a driver can’t survive without smartphone apps like Android Auto or Apple CarPlay, but they certainly do make life easier in a lot of ways – a key one being live navigation with real-time traffic updates.

If you buy a car that works with these apps, you have a smartphone with a robust data plan, and you can think far enough ahead to download routes if you’re likely to leave mobile service areas, then there’s no need to spend the extra money on an on-board navigation system that’s almost certainly inferior anyway. 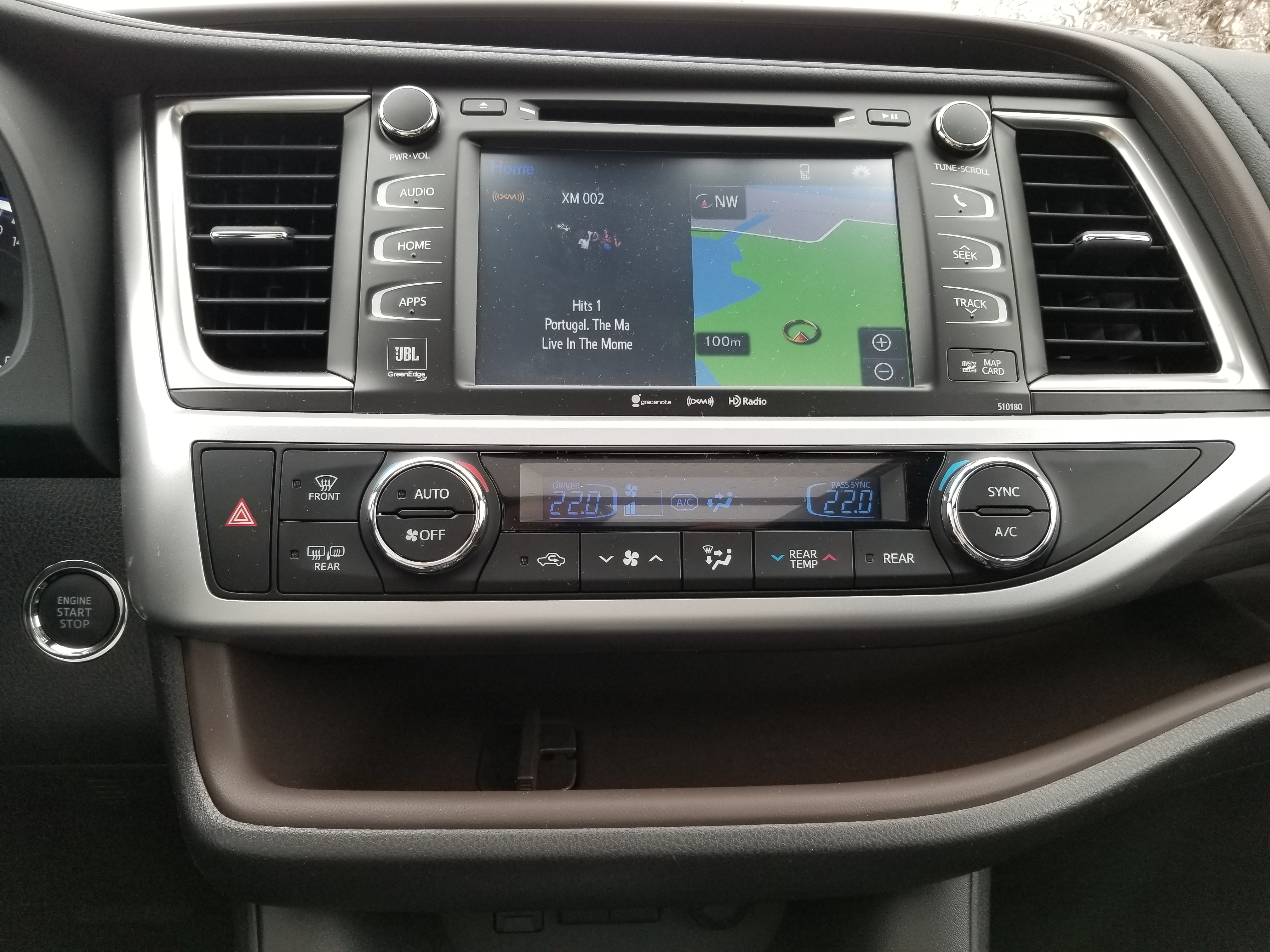 As of now, wireless phone charging pads are somewhat of a Catch-22. Most cars with wireless charging also come with Android Auto and Apple CarPlay connectivity, and to use those apps you need to plug your phone in via USB – and that will charge your phone at the same time.

This makes the wireless charging pad completely redundant. Once it becomes possible to run these apps without cables – and we’re almost there – then having a wireless charging pad to drop a phone into while the app is running is suddenly a much better plan. For now, there’s not much call to pay extra for it. 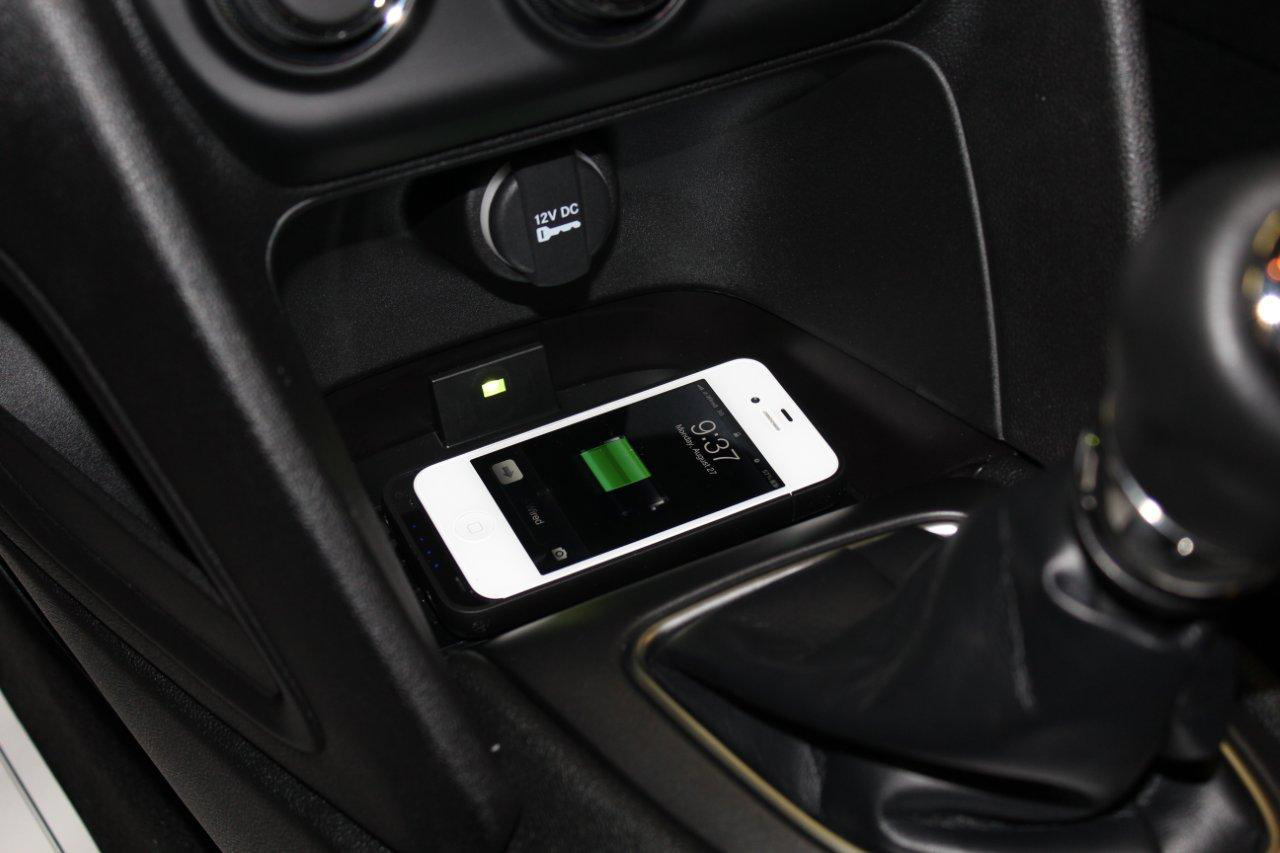 Semi-autonomous driving features are starting to work their way into the mainstream: some cars will change lanes for you on the highway, and others will keep you centred in the lane and stop and speed up with traffic.

Not one of them, however, is ready to be used without a driver’s full attention – and some drivers aren’t aware of this, which is leading to multiple accidents and flashy headlines – which renders them not a whole lot more useful than party tricks for the time being. 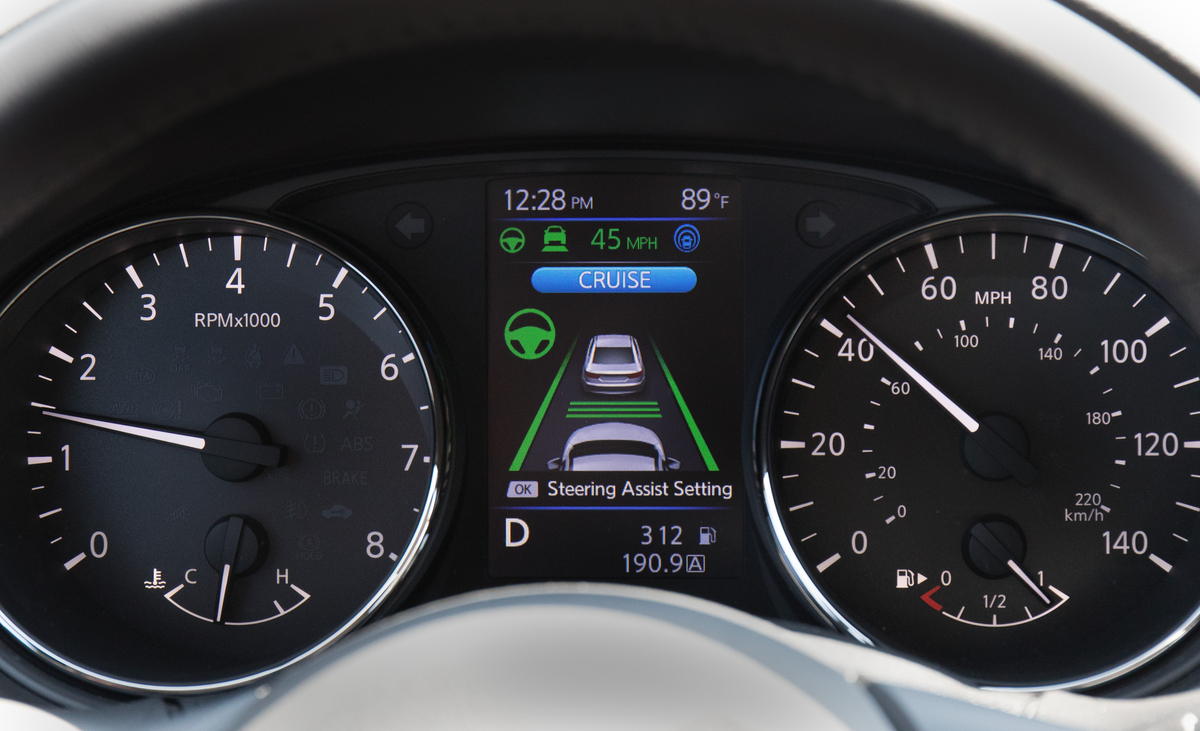 This seems like a great idea on its face, but if you can make a circle with your fingers then surely you can locate and twist a knob.

If you tend to talk with your hands, one accidental pumping up of the volume will see you quickly and permanently turning this feature off. 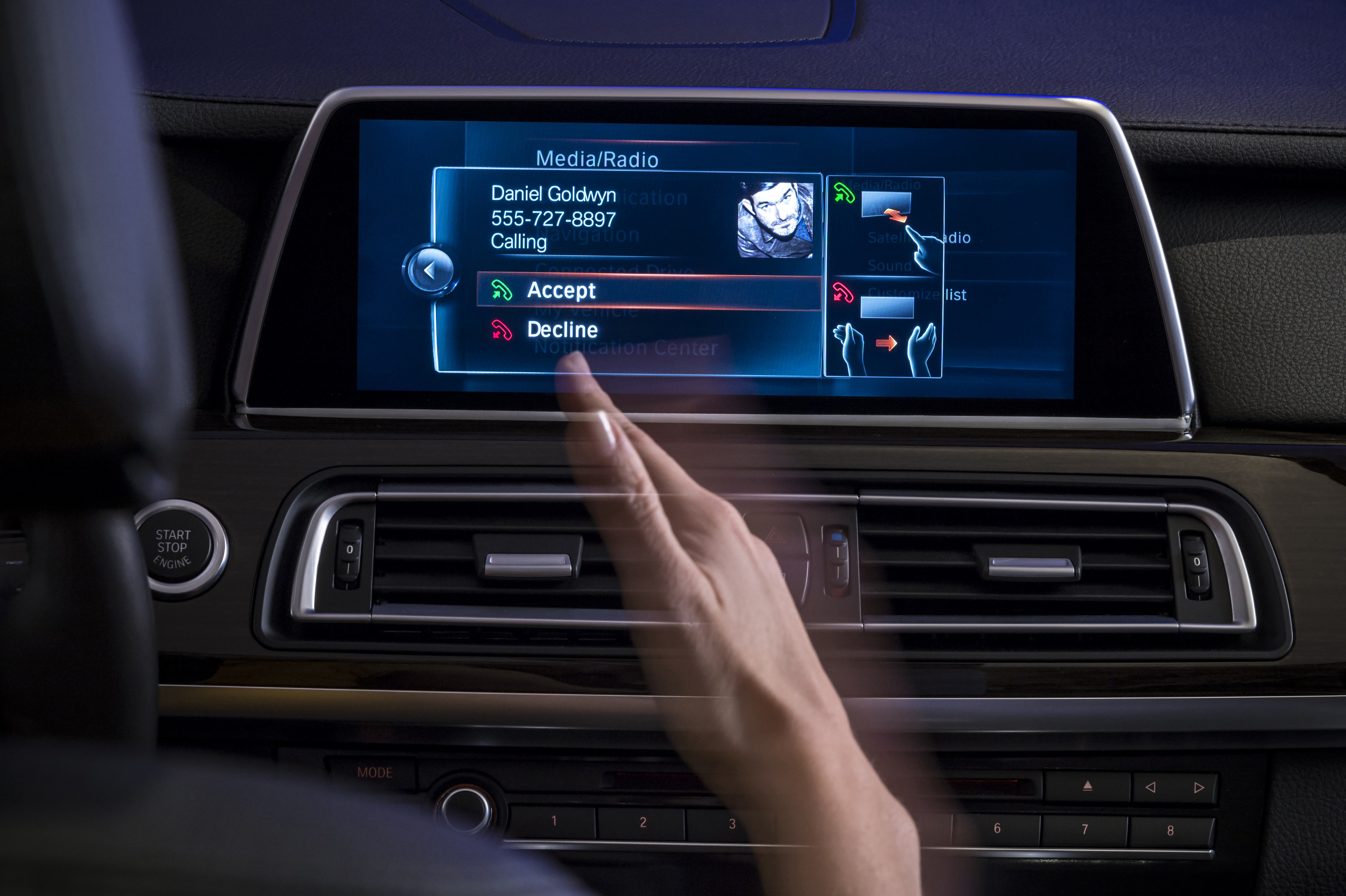 A few years ago, this was an indispensable feature for families with small children. If a parent is going to let a kid watch a screen in the car, though, most often these days they’ll hand over a tablet. Why put yourself through pumping Frozen through the car’s entire sound system for the thousandth time?

If your kids are old enough to want some entertainment freedom, spend the money on a huge data plan that lets them watch Netflix through a WiFi hotspot. (Some cars can create one, including most new General Motors products, but you’ll pay for a subscription; depending on pricing, it might be just as cost-effective to run a hotspot through your phone.)

If your kids are younger, just pre-load something they’ll want to watch over and over – problem solved, and money saved. 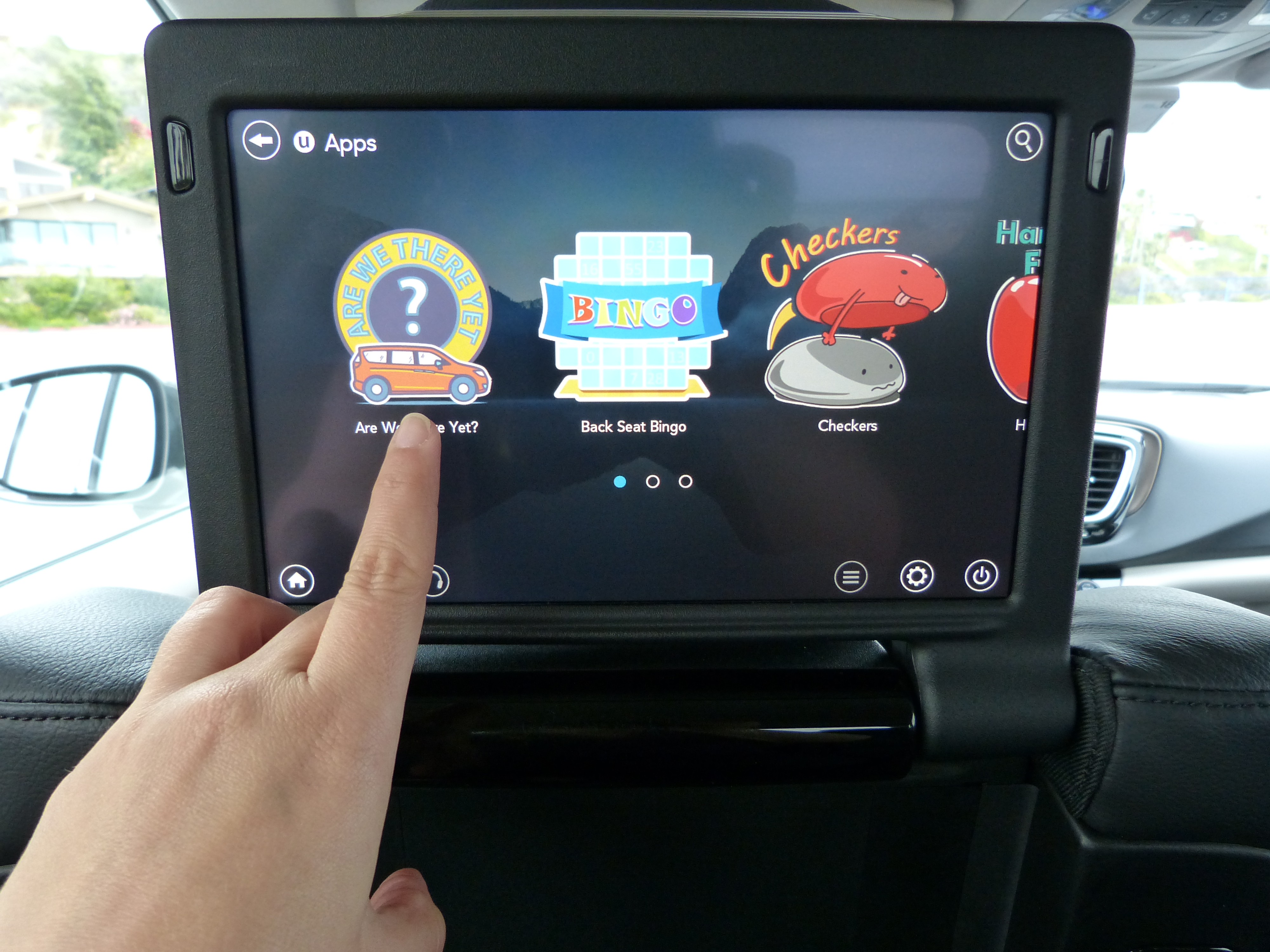 Multimedia Magic – Where Did All the Buttons Go?