These 7 Cars Deliver the Most Fun for Under $35K

Have a blast without breaking the bank.

Does buying a car on a budget mean you’re inevitably burdened with something boring?

It’s amazing how many affordable options there are these days for people who appreciate a seriously spirited drive – and some of them even offer more practical amenities like four doors and a reasonable amount of cargo space.

If you only have a limited amount to spend, don’t fall into the tedious car trap. Here are seven rides that you can pick up for less than $35,000.

(Note that the prices shown here include freight charges and fees but not federal or provincial taxes.)

When discussion of a fun and affordable car comes up, the people’s roadster is often the first option that comes to mind. Dynamic, attractive, and seriously sporty, the entertainment-on-a-budget conundrum is precisely what the MX-5 is designed to solve.

All MX-5s come with rear-wheel drive and a 2.0-litre four-cylinder Skyactiv engine that makes 155 hp and 148 lb-ft of torque at 4,600 rpm. It takes a bit of compromise to price one out to under $35,000, but if you can live without a lot of the sportier bits like a limited-slip differential and sport suspension, and you don’t mind giving up some interior tech, then it’s possible to pick up a soft-top GX in jet black with the six-speed automatic transmission and upgraded 16-inch alloy wheels for $34,714. 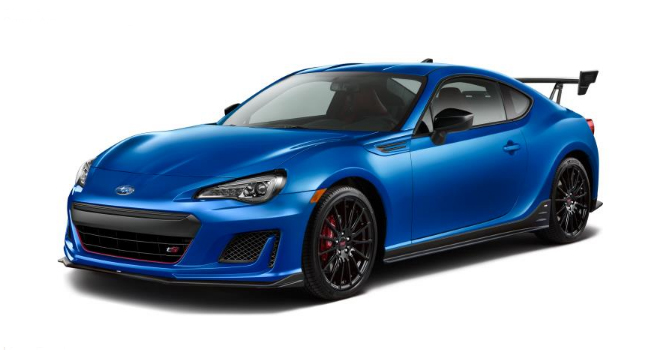 These go-karts for grown-ups, developed jointly between Subaru and Toyota, are near-twins on paper: their four-cylinder Boxer engines power the rear wheels with 205 hp with the six-speed manual transmission (or 200 with the automatic) and 156/151 lb-ft of torque in the mid-6,000 rpm range. The main differences you’ll find between them are in design – Subaru’s base BRZ comes with a rear wing, for example, while the base 86 doesn’t – and in trim and pricing structure.

Go for the BRZ and you can select the Sport-tech trim with a six-speed automatic transmission (if you must) for $33,221, or the Sport-tech RS trim with a six-speed manual with more go-fast parts like Brembo brakes, Sachs performance dampers, and more for $33,721. On the 86, staying under the prescribed $35,000 means you’re taking the entry-level model with either the six-speed manual transmission ($31,863) or six-speed automatic ($33,062).

Enough about two-seaters. If you need the practicality that comes with two rows and four doors, then you have even more options.

The Ford Focus ST strikes a great balance between the everyday driveability of a Focus and the extreme personality of the Focus RS. The ST comes with a unique front end design with active grille shutters, 18-inch grey-painted alloy wheels, fantastic handling characteristics, and a 2.0-litre four-cylinder EcoBoost engine that produces 252 horsepower and 270 lb-ft of torque at 2,500 rpm.

There is one catch, though, and that’s that you need to be able to drive stick. The Focus ST is only available with a six-speed manual transmission.

If you can swing that, then you can pick up a Focus ST in one of the less exotic colours, according to Ford’s online build and price tool, for $32,148. (This includes a $3,500 incentive that was valid as of publication. Choosing red or yellow will cost $550 extra.)

Oh, and in case you haven’t heard, Ford is getting out of the sedan business in North America – so if you’re thinking about buying one of these, now is the time. 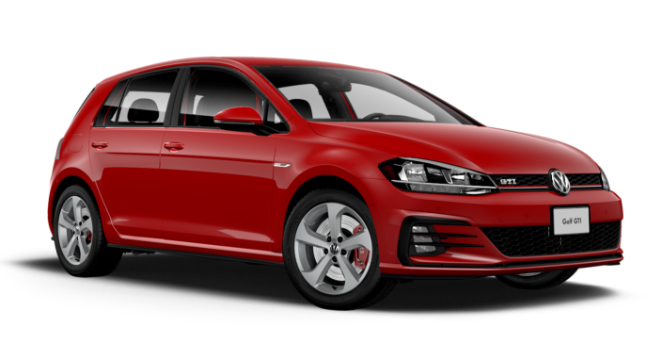 Naming the Golf GTI as a versatile hot hatch won’t surprise its many fans, but the fact that it’s possible to get one well-equipped for under $35,000 might. And the fun red exterior paint doesn’t add anything to the price.

To get in under that magic number, there are two choices. You can get the six-speed automatic transmission, which when paired with the GTI’s 2.0-litre turbocharged four-cylinder engine (210 hp, 258 lb-ft of torque at 1,600 to 4,200 rpm) rings up at $33,640. Or, if you can go with the six-speed manual – and given the choice, I absolutely would recommend doing so on this car – then you’ve got enough budget left over to add the $1,750 driver assistance package with its adaptive cruise control, automatic high beams, parking assist, autonomous emergency braking with pedestrian monitoring, and blind spot detection with rear traffic alert, for a total cost of $33,990.

At 201 hp and 195 lb-ft of torque between 1,500 and 4,500 rpm from its 1.6-litre turbocharged four-cylinder engine, the Hyundai Elantra Sport hardly posts the most robust performance figures from this list, nor is it the most exciting to look at.

But even in its priciest trim – the Sport Tech DCT, which comes with the seven-speed dual-clutch transmission instead of the six-speed manual, an 8-inch touchscreen infotainment system with navigation and Android Auto/Apple CarPlay, 18-inch alloy wheels, and a decent list of safety and convenience features, plus $150 for orange or yellow paint – Hyundai’s online calculator adds it all up to $28,482. (This figure includes a $2,500 incentive that is valid as of publication.)

For those on a razor-thin budget, the Elantra Sport presents an option that’s far more entertaining than an econobox.

Head into Honda territory and you have the choice to pick up their Civic Si with either two or four doors.

In both, you’ll find one of Honda’s new 1.5-litre turbocharged four-cylinder engines, this one tuned to produce 205 hp and 192 lb-ft of torque between 2,100 and 5,000 rpm. Each comes only with the six-speed manual transmission along with 18-inch aluminum alloy wheels, a rear spoiler, and the brightest red colour at no extra charge.

This one is a total sleeper. A Forte5 is the last car most people think of when shopping for a hot hatch, but they’d never see this one coming. It’s got the same seven-speed DCT and 1.6-litre turbocharged four-cylinder engine as the Hyundai Elantra Sport with its 201 hp and 195 lb-ft of torque between 1,500 and 4,500 rpm, but it’s packed into a smaller and tighter package.