Where are they now?

They live on in reruns and on streaming services, but classic movie and television cars have a special place in popular culture. Mention a James Bond movie, “Knight Rider” or “Ghostbusters” and chances are a gadget-filled Aston-Martin, talking black Trans Am or a proton pack-carrying former ambulance comes to mind. But what happens to these famous supporting players once their respective productions come to an end? Some have their parking brake pulled while others drive off into bright new futures as prized possessions. Here is a look at five of the coolest TV and movie cars, why they resonated with viewers and where they are now. 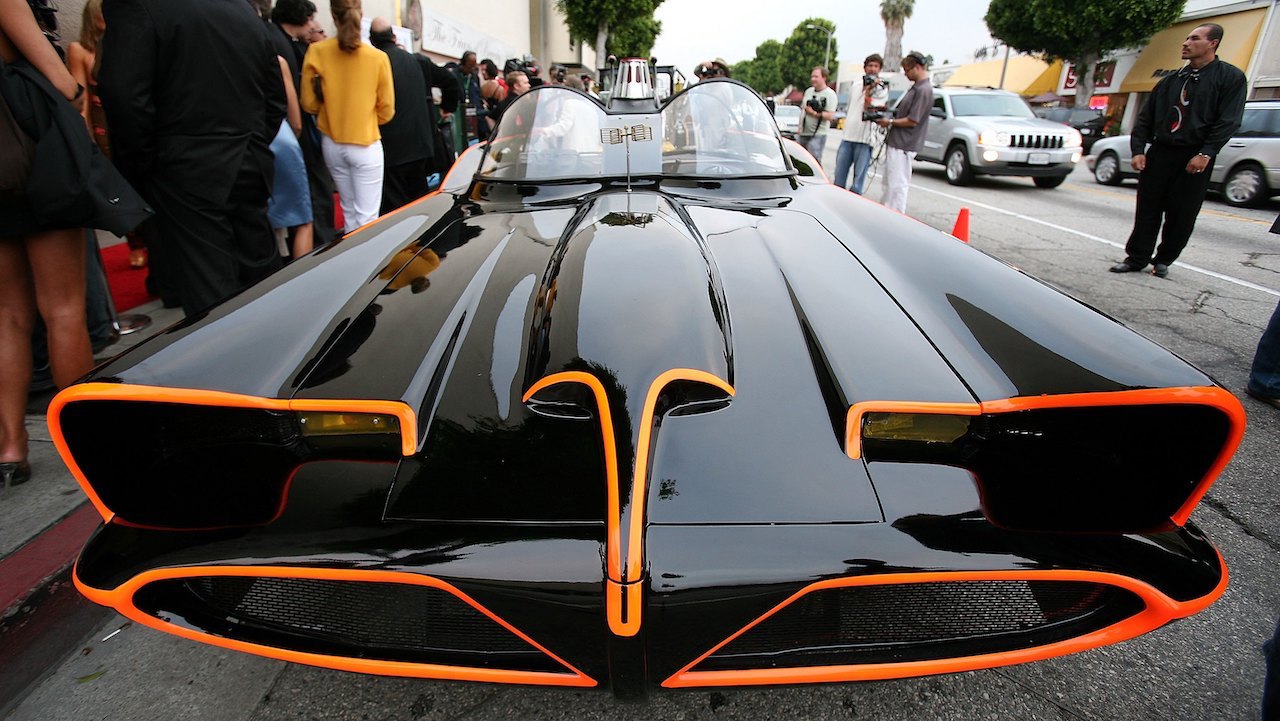 Famed car customizer George Barris transformed a one-off 1955 Lincoln Futura concept car with a bat-parachute and 40 coats of super gloss black paint to create the Batmobile for the 1960s Adam West-led TV series. The Futura was a lemon in real life, it overheated easily and had wheel problems, but nonetheless it became one of the biggest stars on network television—literally. It weighed 4,500 pounds and was almost 19 feet long.  “I think the 1966 Batmobile was the first car to become a character as much as any of the actors on a show,” said Christian Blauvelt, co-author of the book “What to Watch When.” Since the show went off the air, the Batmobile has been seen at car shows and in movies like “Pee-wee’s Big Adventure.” Replica Batmobiles abound, but the original is now in private hands, sold for a rumoured $5 million (U.S.) in 2016. 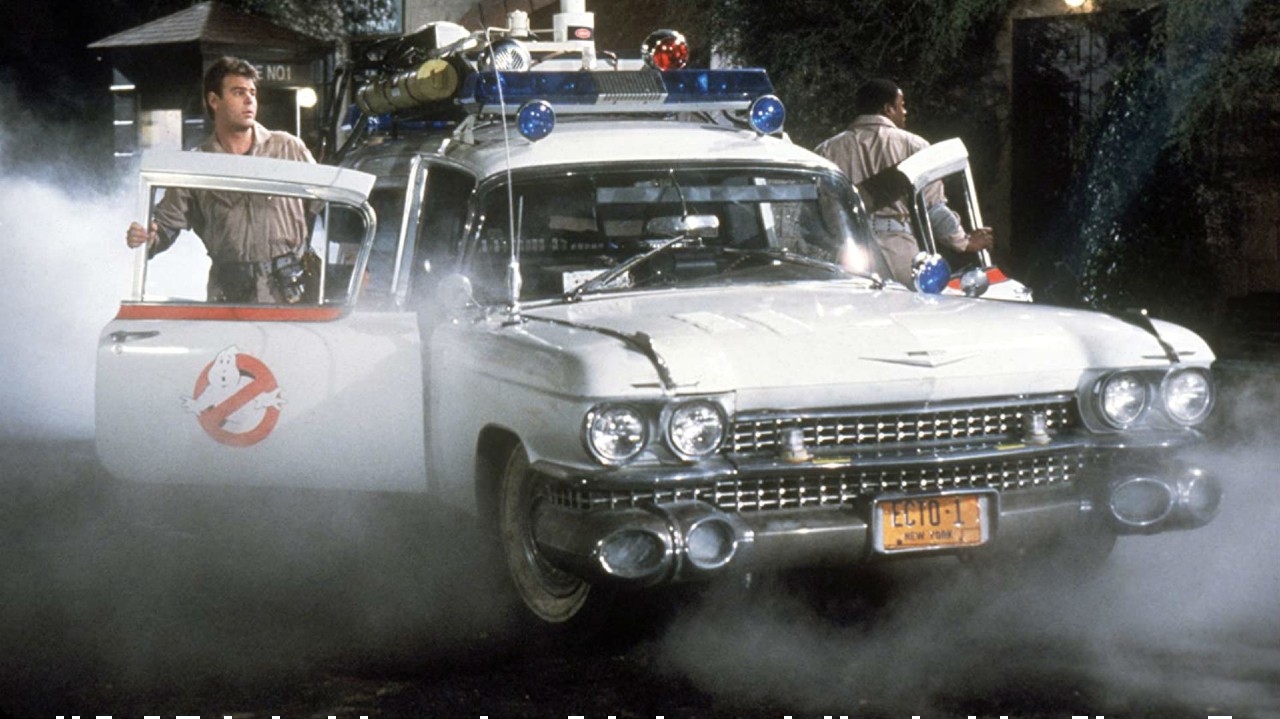 When ghostbuster Ray Stantz, played by Dan Aykroyd, bought the broken-down 1959 Cadillac Miller-Meteor ambulance that would become the Ecto-1, he knew it needed a long list of repairs. “Needs some suspension work, shocks, brakes…,” he said in the 1984 comedy classic, “Ghostbusters.” What he couldn’t have known was the impact the three ton, 20-foot-long vehicle would have on a generation of moviegoers. “As a kid, that car was everything,” said “Kim’s Convivence” actor Andrew Phung. “I still don’t know what all those canisters and tanks do, or how they help the ghostbusters bust ghosts, but it was the coolest thing.” Originally left to rust, the original Ecto-1 was rescued after fans protested and it is now on display as part of Sony Pictures Studio’s backlot tour. 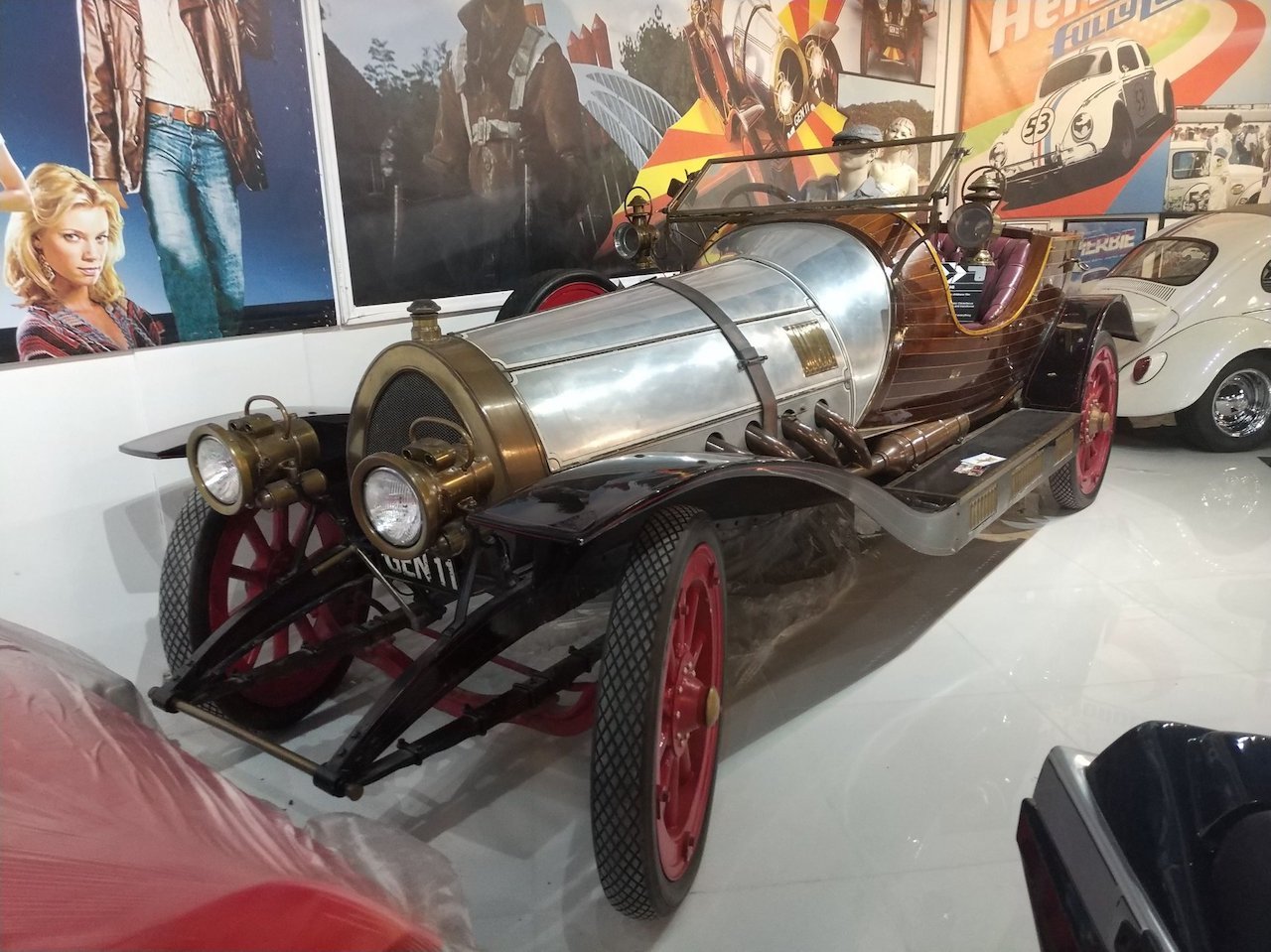 The magical winged car at the heart of this 1968 musical-fantasy movie of the same name had some enthusiastic fans. Michael Jackson tried to buy one and movie director Peter Jackson owns one of the six versions of the “phantasmagorical machine” seen on screen. Superfan and retired New York Police Department sergeant Tony Garofalo was just four years old when his mother scored tickets to see the film’s Radio City Music Hall premiere. And, not just the movie, but also the car which was brought to the opening. “It was like a toy, but it flew and could float on water,” he said. “I told my mom, ‘Someday I’m going to build that car!’” And he did. It took five years and cost $100,000, but the recreation is so precise the film’s star, Dick Van Dyke, told him it looked like an exact copy. Garofalo’s replica has been seen at numerous events, including the New York International Auto Show. One of the surviving cars from the original movie is now on display at the Orlando Auto Museum at Dezerland Action Park in Florida. 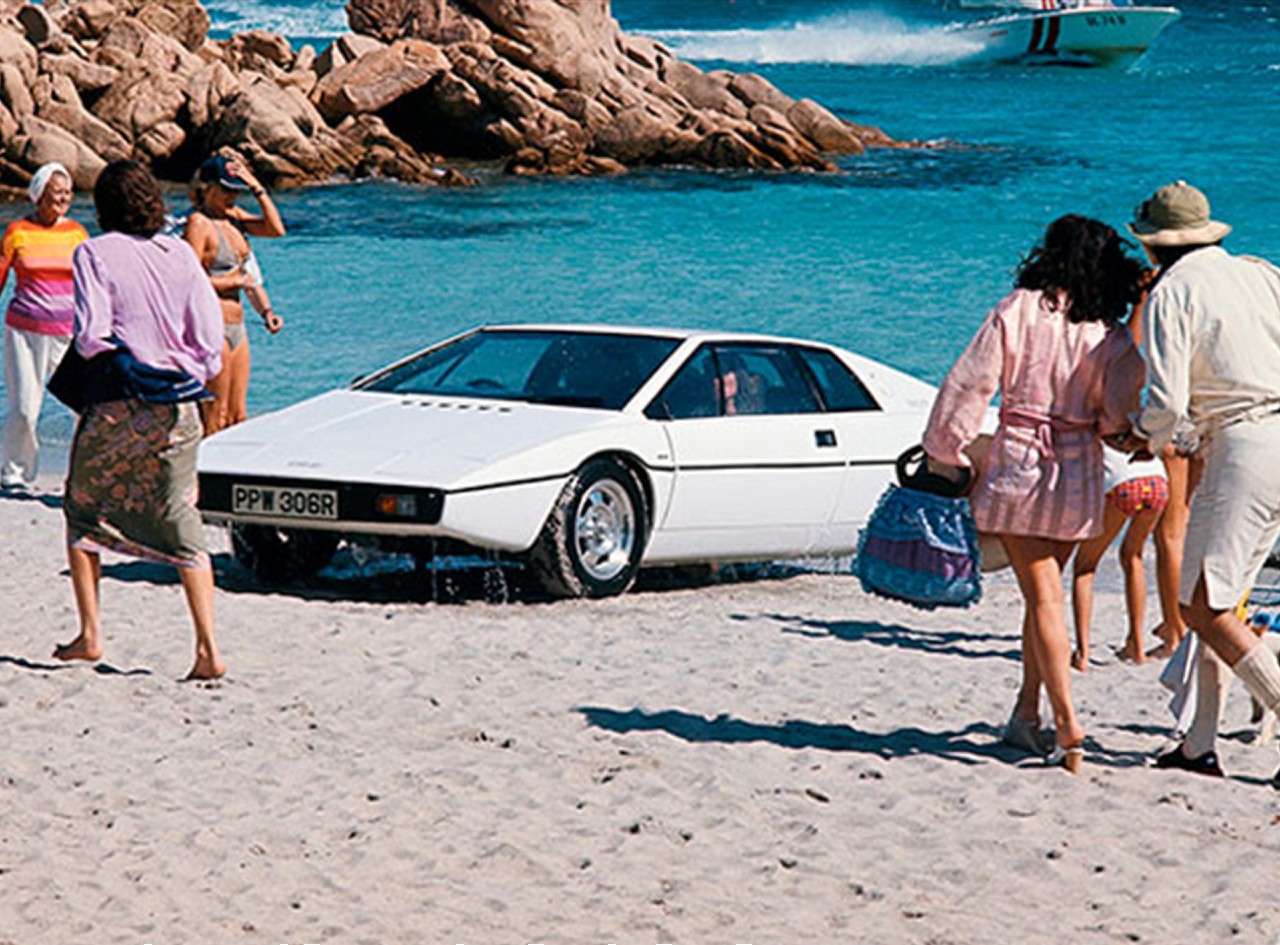 We could have gone with one of his many Aston-Martins, but 007’s modified 1976 Lotus Esprit S1 featured in “The Spy Who Loved Me” fit perfectly with Roger Moore’s lighter take on the spy. “If the suit maketh the man,” wrore Ian Kinane, editor of the International Journal of James Bond Studies, in an email interview. “So too does the car.” Like Bond, the modified Lotus was stylish, sexy and did the unexpected, transforming from car to submarine during a pivotal chase scene. After a quick promotional tour for the 1977 movie, the sportscar was retired to a storage unit. Ten years later a Long island contractor paid $100, sight unseen, for the abandoned unit. Tucked away inside, under a blanket, was the vehicle. Auctioned after some cosmetic restoration, the vehicle was sold to Elon Musk for just under $1 million. He later announced on Twitter that the car’s sleek geometric design was the inspiration for Tesla’s Cybertruck. 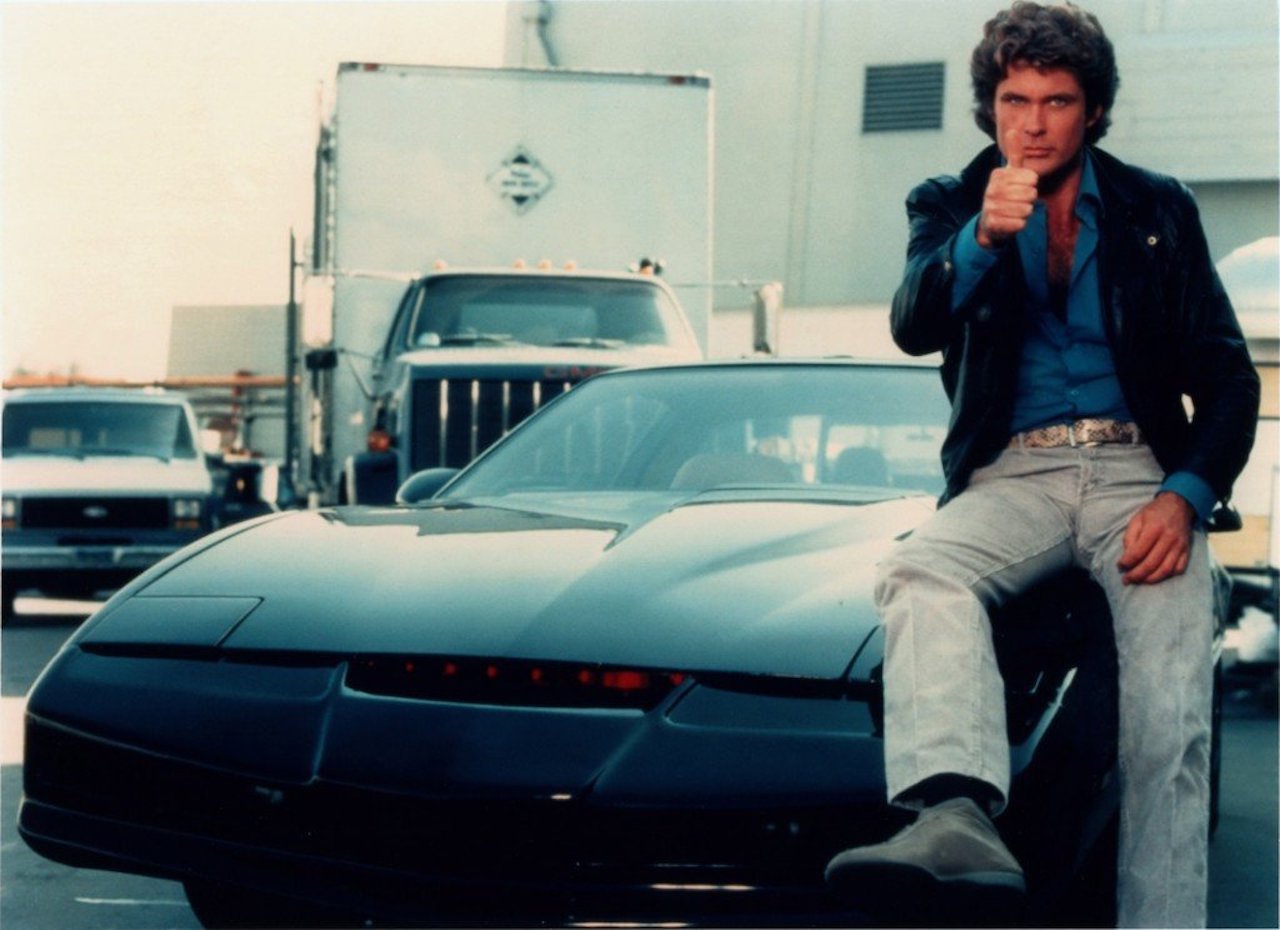 One of the era-defining cars of 1980s television was played by a fleet of autos. The chatty, crimefighting K.I.T.T. (it stood for Knight Industries Two Thousand) from “Knight Rider” was a modified 1982 Pontiac Firebird Trans Am re-imagined by Michael Sheffe, who also worked on the DeLorean for “Back to the Future”. Crashing through walls and driving on two wheels took its toll on the stunt cars, so show producer Glen A. Larson built a convoy of K.I.T.T.s using 20 Firebirds that had been damaged in a train derailment while they were being transport to a dealership. Most of the cars were destroyed after the series was canceled, but five survived, including the “hero” car which is now often displayed at science fiction and comics conventions. These days the idea of an artificially intelligent car isn’t quite as exotic as it was in 1982. “K.I.T.T. was kind of the progenitor of the smart car,” said Blauvelt. “You can practically have your own K.I.T.T. today.”